Integration through sports at PluSport Day

The PluSport Day took place in Magglingen (BE) on Sunday. Axpo is the main sponsor of Switzerland’s largest disabled sports event and had 44 employees volunteering through the day. You want to know more? Find it out here.

The helpers arrived in Magglingen for 58th Disabled Sports Day of PluSport while the first rays of sunshine were pushing through the thunderclouds in the early morning. The Axpo organisation committee as well gave the «Axpo Kids & Family Day» area and the new «Axpo Corner» a final polish before the starting signal for Switzerland's largest disabled sports festival. 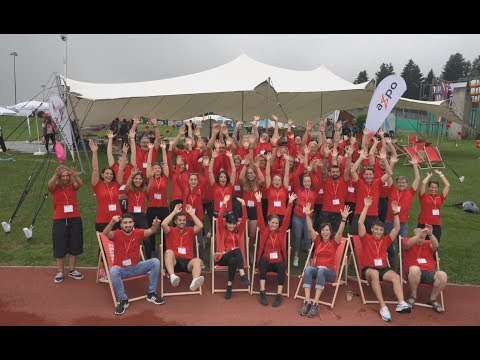 In addition to the 1200 athletes PluSport Day welcomed some guests of honour and celebrities at the sports facility. Sheyada Muhammad, who lost a leg in the war in Afghanistan, played alongside Didi Andrey, Raimondo Ponte, some FC National Council players and, of course, the PluSport Team 2000. The mixed teams played against each other in the traditional football celebrity match.