He was an Italian physicist who enjoyed experimenting. In the course of his experiments, Alessandro Volta discovered that chemical energy could be converted into electrical energy. He invented the first battery that could produce electricity continuously with his voltaic pile. Volta is considered a founder of electrical science. In his honour, the unit for electrical voltage was named "volt".

Electricity is a natural phenomenon. When we say, power is flowing it means that tiny electrons carrying an electrical charge are moving in a controlled manner in the same direction. In ancient times (600 BC) Thales von Milet made a surprising discovery. He rubbed a piece of amber on animal fur. After doing so, the Greek scholar noticed that small particles such as feathers or straw could be attracted and attract other particles with their force. However, Milet was not yet able to explain the phenomenon. Nevertheless, his experiment is considered the source of the discovery of electricity - and the Greek word for amber is "electron".

It would take over 1000 years until it was possible to generate a continuous electronic flow - a current. The Italian experimental physicist Alessandro Volta discovered the first functioning battery that he called a voltaic pile in 1800. The basic understanding for this came from experiments with dead frogs.

However, the history of the battery began with an error, as pointed out in the magazine "GEO kompakt". In 1791, the Italian physician Luigi Galvani published his experiments with dissected frogs. Their legs twitched when he touched them with the end of a wire that was made out of two different metals. Galvani suspected that tissue stored "animal electricity". His assumption: If it flowed through a wire, the frog’s legs began to move.

It was Volta who found out the true reason for the twitching. It was not the tissue that was the source of the twitching, but rather the metals that charged differently. That creates electric voltage and power flows.

From a good family

Alessandro Giuseppe Antonio Anastasio Volta came from a wealthy family. He was born in Como (IT) on 18 February 1745, and had eight siblings. His parents envisioned that he would have a career as a solicitor and sent him to Jesuit school. However, once there, he was more interested in science, particularly in electrical processes and studied the writings of the leading researchers of the time. Later he worked as a professor of physics at the universities in Como and Pavia.

In 1775 he invented the so-called electrophorus. An electrical charge could be created using the device and cat fur. Although the electrophorus was of no practical use, it drove Volta's research forward and gave him a name in research circles.

In 1776, he discovered methane in the form of rising gas bubbles in the swamps of the Lago Maggiore. He began to experiment with this combustible gas and invented the Volta pistol, a type of gas firing device, which he used to make lamps that would burn for a long time.

Thanks to all his experiments and calculations of the electromotive series of various metals, Volta made a breakthrough in 1800. Volta built his original battery, the voltaic pile, a small tower comprising copper and zinc plates layered on top of each other, interspersed with salt water soaked cardboard.

The invention of the battery marked the beginning of electro-technology. It was this technology that allowed researchers to experiment with the laws of electricity. Today, billions batteries, the successors of the voltaic pile, are in use.

Volta earned fame and glory. In 1771 the London Royal Society appoints him as a member. Three years later he receives the Copley Medal (comparable to the Nobel Prize). In 1802 he is awarded the golden medal of honour from the Institut de France and a pension from Napoleon, who is impressed with his invention. In 1810, after the conquering of Italy, Napoleon makes Volta a count. After six years of work as a dean at the University of Pavia, Volta returns to his country house near Como in 1819 where he dies on 5 March 1827 at the age of 82.

More about the first battery in the following video (Source: SWR): 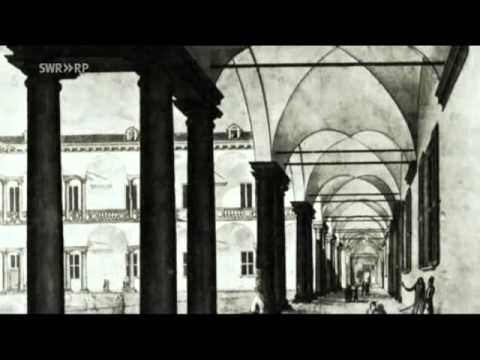